TOP 10 things to do in Husavík

Find things to do in Húsavík – accommondations like hostel, guesthouse and camping. So you can visit museum or swimming pool and shop in grocery store.

Húsavík has become a centre of whale watching in Iceland due to whales of different species that frequently enter the bay. The Húsavík Whale Museum is located in the downtown by the harbour.

In town there is also a civic museum about culture and biology. Among other things, it shows a stuffed polar bear (arrived in Grimsey in 1969) and ancient boats.

Each year in mid July, Húsavík holds a festival called Mærudagar, which translates to “Candy Days”. Thousands of people from all over Iceland come to the tiny town to enjoy this occasion which consists of music, colorful decorations, and an array of food and drink.

Húsavík is also home to The Exploration Museum, a museum about the history of human exploration. A monument honoring the Apollo astronauts that trained around Húsavík during the 1960s is located outside the museum.

The region of Mývatn, with its interesting geology and diverse animal life, is nearby. Jökulsárgljúfur National Park with the horseshoe-shaped canyon Ásbyrgi and the waterfalls Dettifoss, Hafragilsfoss and Selfoss is also not far from the town.

A complete list of cafés, restaurants, and buffets. Find out where to stop to eat during your road trip along north iceland.

A complete list of hotels, guesthouses, and cottages in Husavík. Find out where to stay during your road trip along Husavík.

Best things to do in Husavík

A complete list of grocery stores, liquor stores, gas stations and supermarkets in Husavík. Find out where to shop during your road trip along north Iceland.

Iceland is country with plenty of natural hot springs, man made luxury lagoons but also swimming pools, which...
Read More

If you are staying in Akranes, driving through or just visiting the town, you have two choices if...
Read More 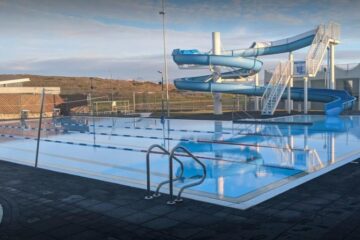