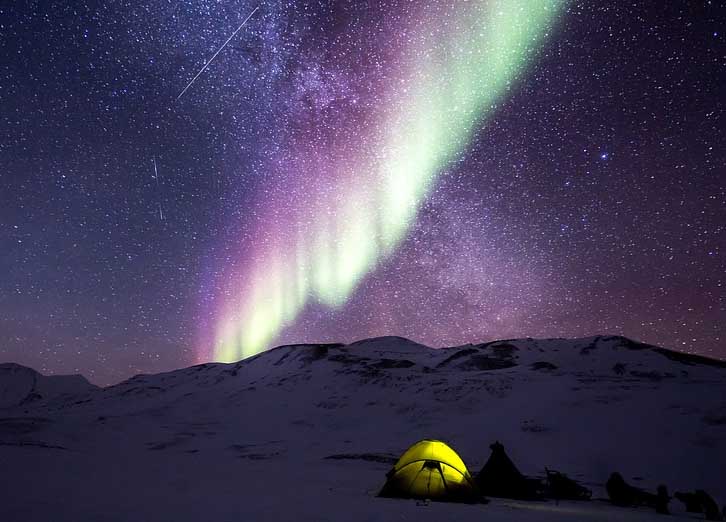 Visiting Iceland is definitely a dream of many of us. Whether you want to see the waterfalls, the geyser, or perhaps take a hike to Landmannalaugar.

But many tourists do not go to Iceland because of one reason – it is pretty expensive. Especially accommodation in Iceland is much more expensive than most of us are used to, but don’t expect low prices even when you rent a car or in restaurants.

There are, however, methods to save on a trip to Iceland, and camping is just one of them. Even though the prices per night at the campsite are also more expensive than we would expect, you can buy a Camping card.

It is a camping card that you can buy for a one-time fee and thanks to it you can sleep in various camps for up to 28 nights.

How much does the Camping card cost in Iceland?

Camping card can be purchased for 159 EUR.

For this price in Iceland you can get accommodation for 1 night in an ordinary hotel over the season, so in this comparison, the Camping card is definitely more appropriate, especially if you plan to spend more than a week in Iceland.

For example, you can buy the card over the Internet directly at Campingcard.is, at some campsites or at these tourist centers:

In addition, you should also be able to purchase the card if you rent a car or a van at the following rental companies:

However, before choosing a camp to sleep, you should make sure, you can use there the camping card. The camping card can be used in 40 campsites in Iceland, but there are more campsites then this.

In camps that do not belong to the Camping card you have to pay for accommodation whether you have a card or not.

The advantage of the card is that if you rent a car or a van from Go Campers, you can get a 10% discount for car rental.

A list of campsites in Iceland can be found on several websites.

However, I noticed that there are not all campsites recorded and not all of them have contact or more accurate information, so I would use other sites.

The last page that I know can be found on campsites in Iceland is Inspired by Iceland. On this page, you’ll find both a list of classic campsites, which are open during winter.

Due to the increasing number of tourists visiting (and often polluting) Iceland, the conditions for wild camping or sleeping in a car somewhere in a remote place are getting tougher.

Now I’m not sure exactly how the rules are, but I would recommend not trying to save at any cost and simply pay for the camp.

Sleep in the car at the campsite

The difference between sleeping in a car and in a tent in terms of price depends, in my opinion, only on whether you will also connect to electricity. I worked for about 2 years back as a collector in one camp and I know the prices were the same whether you sleep only in your sleeping bag, have a tent or come with a car.

However, if you come with a campervan and connect to electricity, then the price for the camp may increase (in our case it was specifically 1200 ISK without electricity, with electricity by 800 ISK extra).

How to pay for camping in Iceland? Do you need cash?

From what I have heard, it is possible to pay by card in all camps. I haven’t slept in any camp yet, but the camp I managed was really small and unknown, and yet I was carrying a card reader.

When to camp in Iceland?

There are campsites in Iceland that are open even in winter, but I can’t imagine exactly how it works. This is because of the temperatures, but also because of the strong winds or the amount of snow it can attack in a short time.

During winter, it is generally not recommended to drive habitable vans or caravans because of their size – they are easily influenced by strong winds. Sleeping in a tent is even harder to imagine, because with a strong wind in winter everything flies.

If I went camping in Iceland, I would probably choose the period from the second half of June to the first half of September.

The weather in Iceland is hard to predict, it can only be said that during July and August it is the hottest. In September it is starting to cool down, especially in the evening, but you have a chance to see the northern lights.

If I had to decide how to spend my vacation in Iceland, then I would definitely choose to travel around campsites (maybe I would stay in a guesthouse for a day or two).

It’s not just that you save a lot on your Iceland vacation, but you really enjoy the nature in Iceland to the fullest.

From personal experience I know that the most beautiful views are either early in the morning or late in the evening and you do not even have to be in any special place, just be in nature, outside the city or village.

Some campsites are also located in really nice areas.

Well known is definitely camp Skogar at the waterfall Skogafoss, where you sleep directly next to one of the most beautiful waterfalls in Iceland.

Camp Hamragarðar, similar to the Seljalandsfoss and Gljúfrábruí waterfalls, has a similarly amazing location.

Skogafoss Waterfall, where you can camp

An exception are not even ordinary campsites. For example, the campsite in Hella is in a place that may not be so interesting at first sight, but a few hundred meters away is the “hidden” waterfall Aegisidussufoss, which many people do not know and you can enjoy it all alone.

Map of all hot springs in Iceland

There are numerous hidden gems and landmarks in Iceland that many tourists are unaware of. The hidden hot...
Read More

Map of all hot springs in Iceland 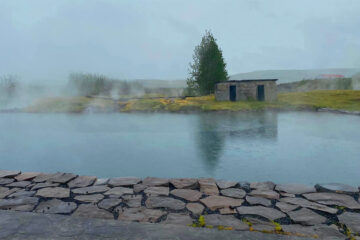 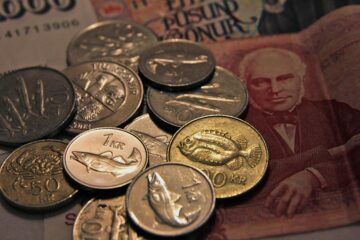 Iceland currency: How to understand money in Iceland